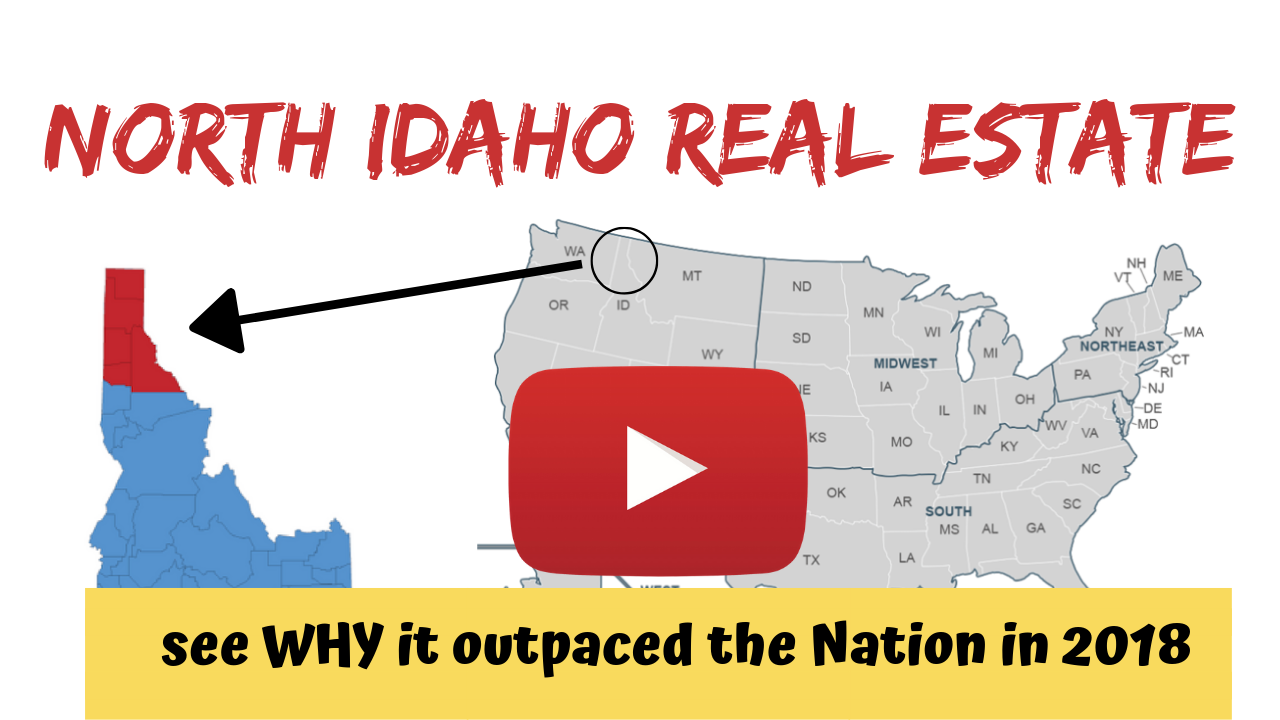 **Video**Why the North Idaho Housing Market outpaced the Nation and West Region in 2018!

Here is a look at the Housing Market year-end 2018

Year-end 2018 Nationwide, saw signs of a slowing real estate market. According to the National Association of Realtors year-end report,

“Single family home sales sit at a seasonally adjusted annual rate of 4.45 million in December, 10.1 percent below the 4.95 million sales pace from a year ago. The median existing single-family home price was $255,200 in December, up 2.9 percent from December 2017.”

Year-end 2018 for the West Region, as a whole, saw an even more significant slowing trend, 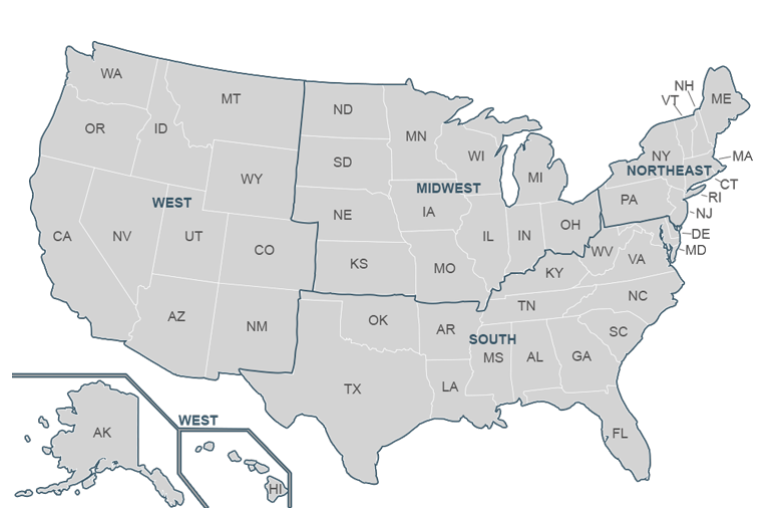 Year-end 2018 for North Idaho region continued to see a growing real estate market. According to the Coeur d’Alene MLS,

These numbers were even stronger from the previous year which saw and 11% increase in price and a 4% increase in sold volume from 2016. 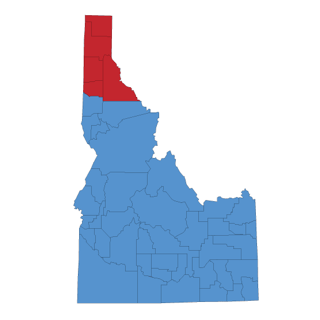 Here are the year-end stats compared: 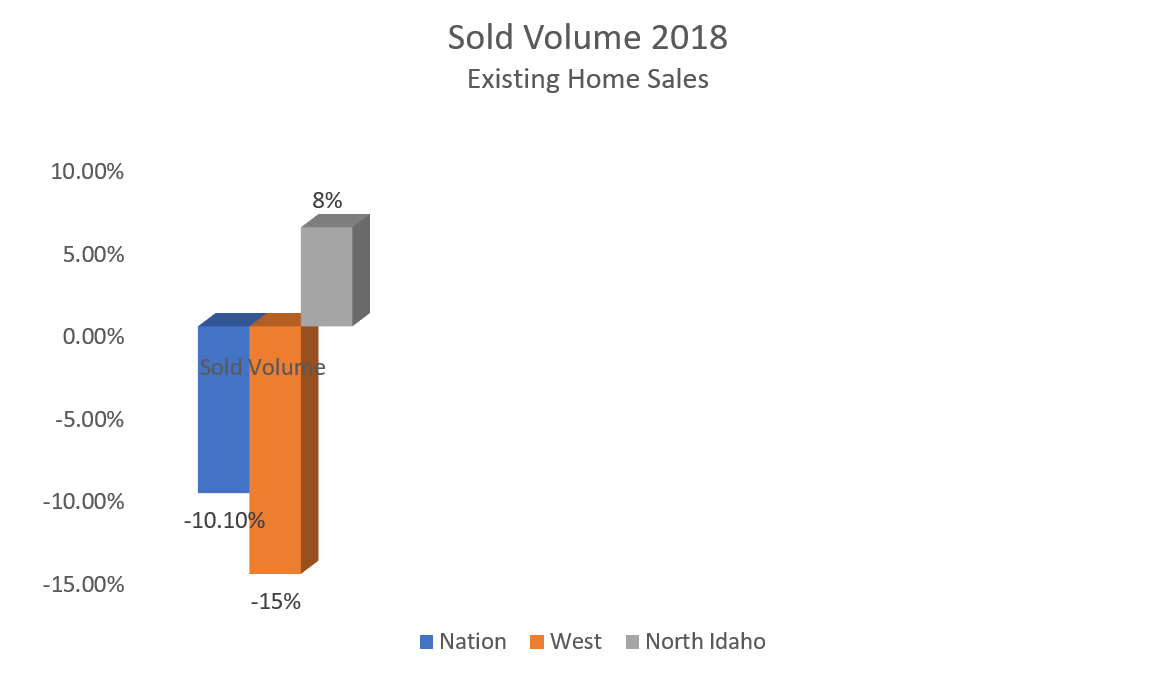 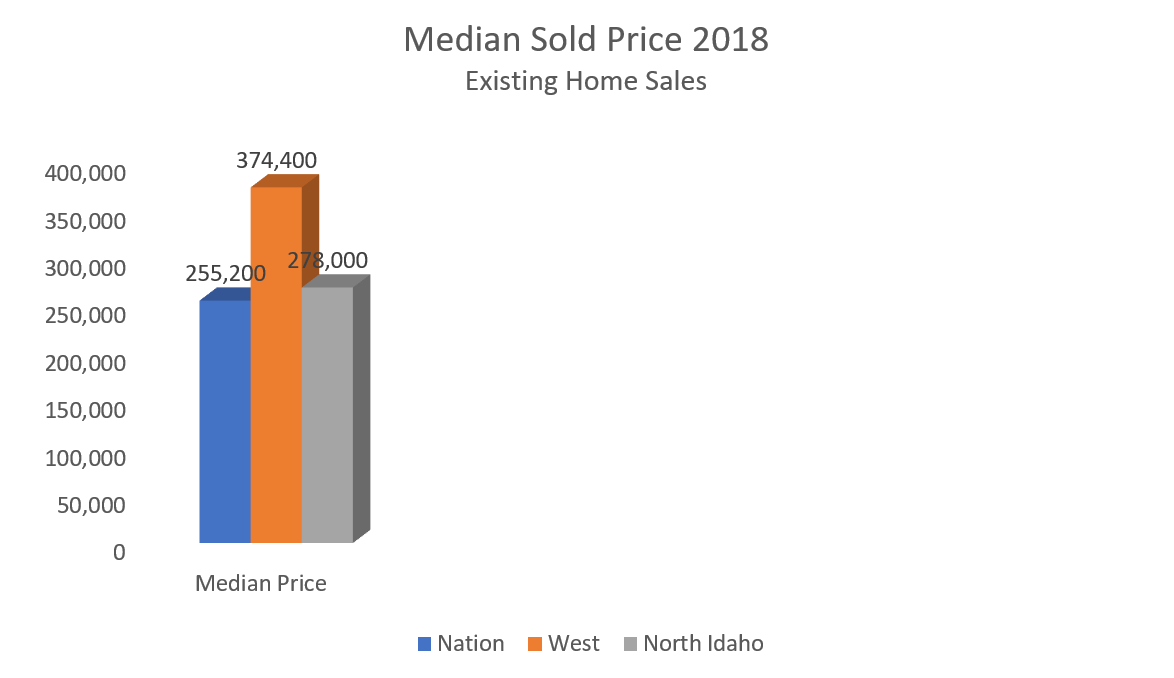 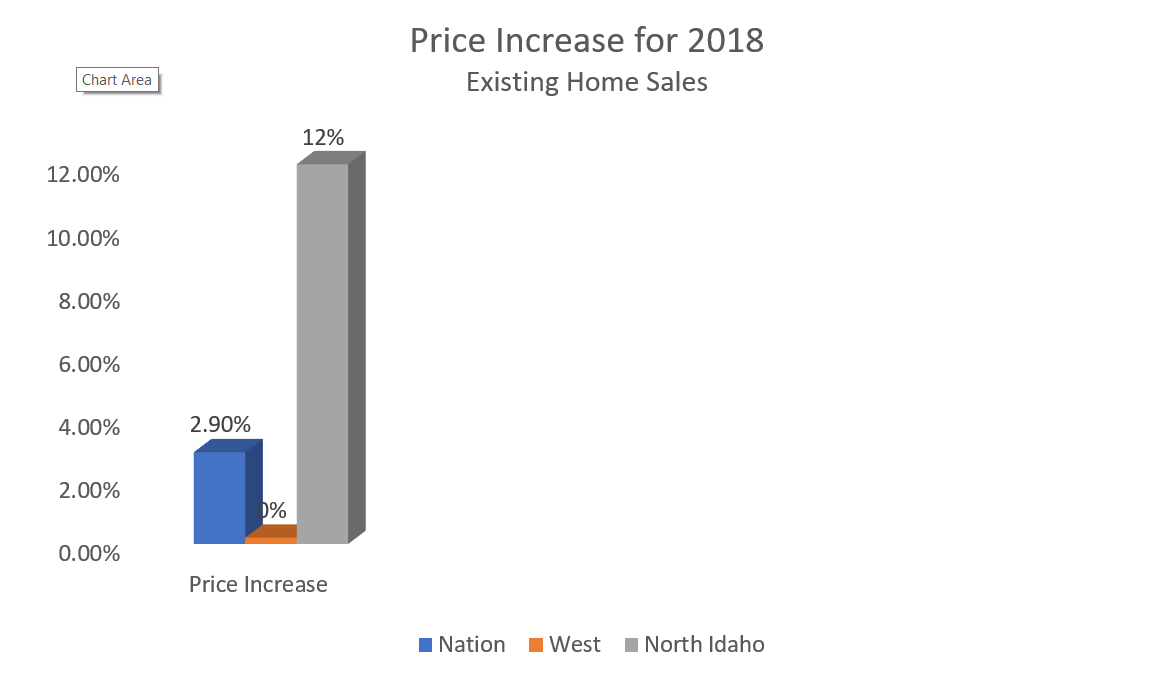 In review, the North Idaho housing market DID NOT see a slowing trend as the nation did.

And, as noted previously, North Idaho posted even stronger gains than the previous year. So…

Why is the North Idaho housing market so strong?

We (The Martinelli Realty Team) are seeing people relocate here for the:

People are realizing few places in the country afford all these qualities together in one place.

We see this trend continuing, especially as people who value strong traditional values, get pushed out of overly-progressive cities and states.

As a result, we have every reason to believe sales in North Idaho will continue to outpace other markets.

As for prices? Residential land in North Idaho is limited in supply, with 85% of its total land mass being wilderness and resource land. The overwhelming majority of areas zoned for residential land have subdivision limits, meaning… North Idaho does not have the room to “sprawl” and thereby meet the high demand.

Keep in mind, 2/3rds of those moving here (source) are retired and financially established buyers who are not over-leveraged on credit…one of the primary factors of a housing bubble! Additionally, nobody is leaving North Idaho to go elsewhere.

As a result, we don’t see North Idaho prices as over-inflated, nor do we see a “Bubble” forming. Prices reflect the hyper-demand of strong buyers and the low supply of properties to meet that demand.

If 2018 shows us anything, it is that demand to come to North Idaho is very strong, and people still managed to relocate here, even coming from slowing markets!

We see this trend continuing even in an economic downturn, when more stable communities and government, and the ability to have a sustainable lifestyle will become more important to buyers.