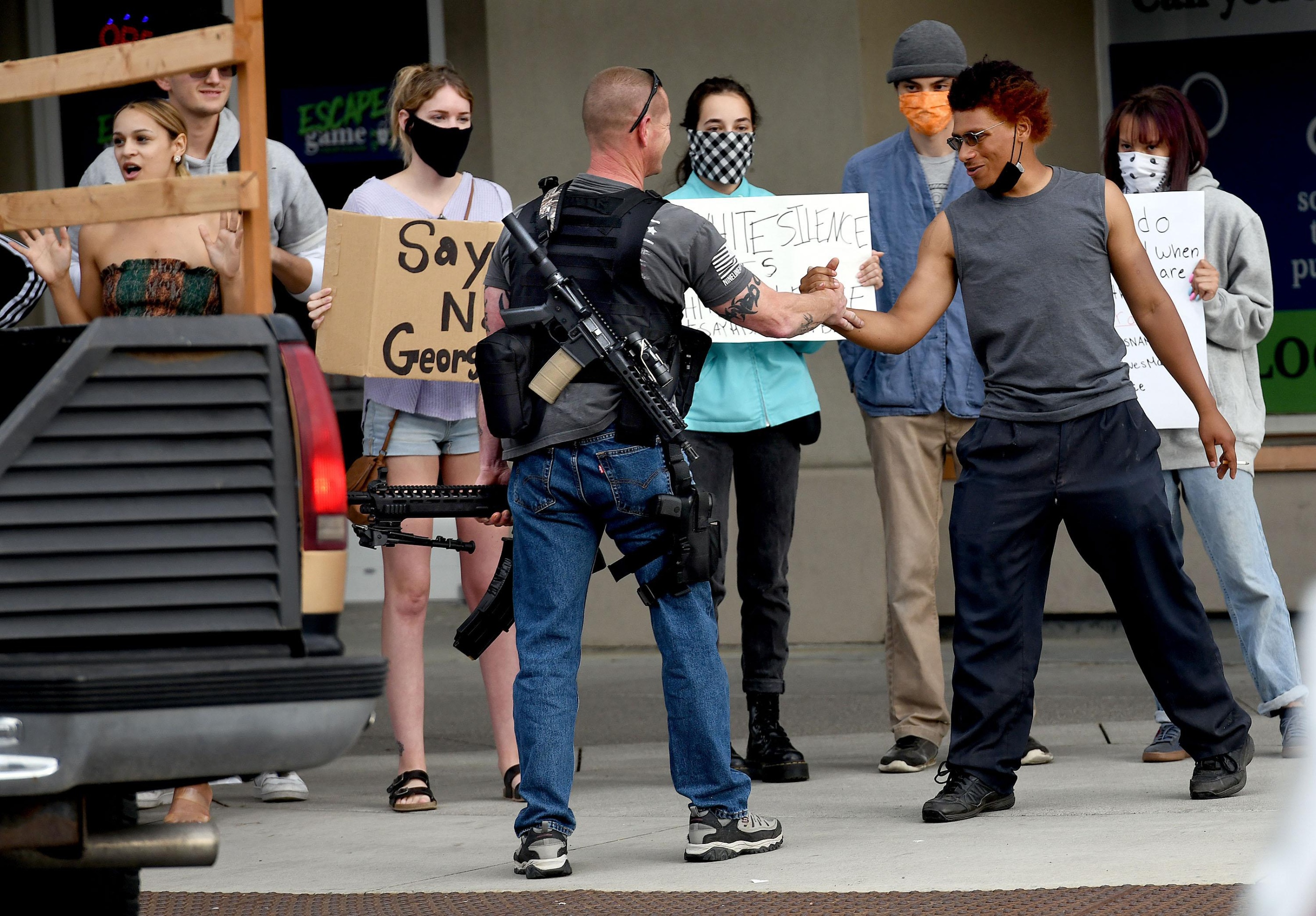 Last Sunday night, May 31st, there was social unrest and riots in many American cities, including Spokane, Washington, our neighbors 30 miles to the west.

The next day, rumors on social media of anarchists saying they were going to come to Coeur d ‘Alene on Monday night to, “Burn it to the ground” had a very interesting result in Coeur d’Alene.

“It was literally a call to arms — and people responded. Armed citizens proudly turned up with guns and American flags. They sent a clear message: North Idaho will protect its own.” - Shoshone Press

My wife and I went Downtown that Monday night and witnessed it first-hand. Yes, as always, I was concealing my firearm, and honestly, felt guilty that I was not displaying it out in the open!

We saw hundreds of armed citizens proudly standing in front of businesses and on street corners ready to protect our town.

Weaving in and out of the armed citizens were families and tourists celebrating an esprit de corps of American Pride and community.

Cars, trucks, ATVs and street motorcycles were “dragging” on Sherman Avenue to soak up the feeling.

The police presence was evident, but not overbearing.  It was not uncommon to see police officers giving a “thumbs up” in the direction of armed citizens, who in return would give a “thumbs up” back and yell out, “Thank you!”

In the end, a few dozen peaceful protesters showed up. There were no riots or destruction. In fact, where the armed citizens and the protesters did meet, there was a bond of celebrating our First Amendment rights as Americans to “peaceably assemble.” Some were strapped with AR-15s and some were carrying posters saying, “Black lives matter.” All were safe in Coeur d’Alene!

It felt like a Friday night in small town America!

The following days, the event titled “Gun d’Alene” drew local and national media attention. And yes, there were a few people who voiced their opposition to armed citizens walking the streets of CdA.

I was proud to see our City leadership write a letter in support of citizens being armed.

It pissed me off to see George Floyd murdered by a man who has disgraced the uniform I wore for thirty years.

It has saddened me to see anarchists and rioters destroy American cities.

In the midst of all the chaos, I was proud to see America still exists.

I am proud to see America exists in Coeur d’Alene, Idaho…My Town!