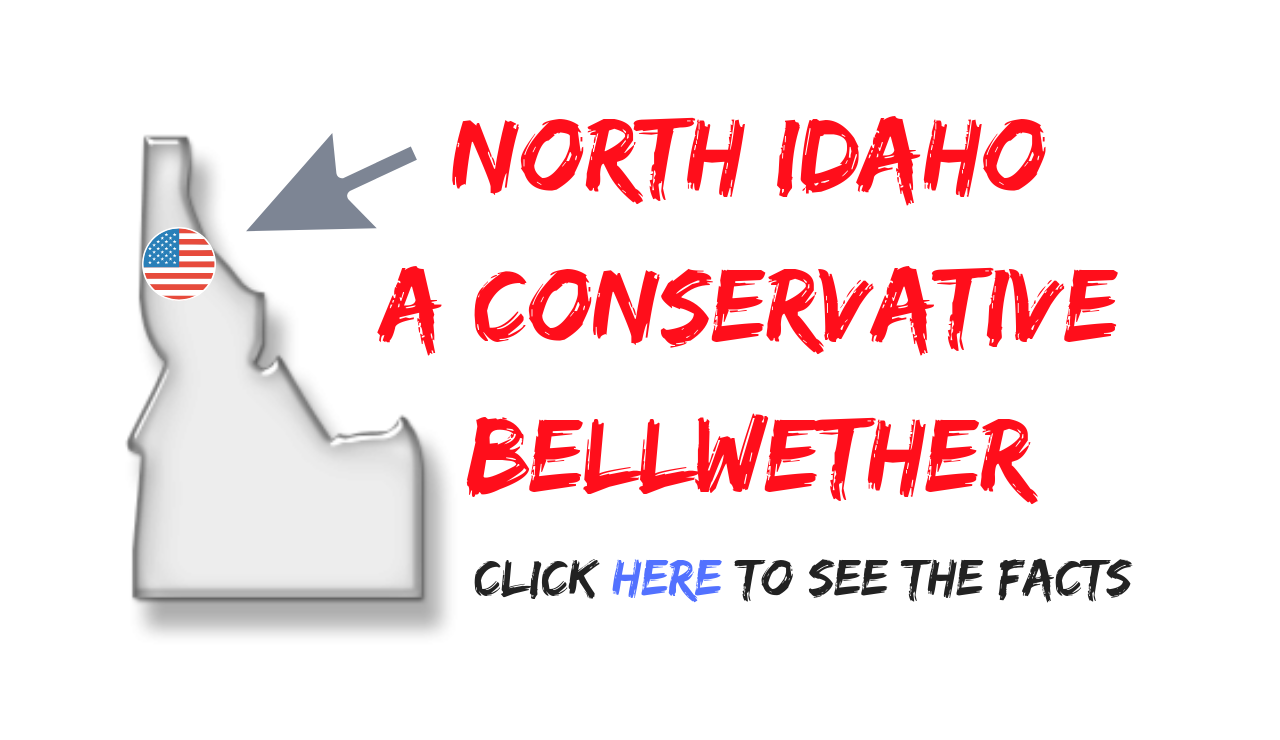 It seems to be happening more and more...

Someone you know says they are considering moving to Idaho!

Without hesitation, someone shouts, “Just wait! With all that new growth, the state of Idaho will soon turn liberal like Colorado, Oregon, and Washington…especially with all those Californians moving there!”

Truth is, people moving to Idaho, is not a new fad.

Idaho has consistently been one of the fastest growing states for decades, and Californians have been significant in those numbers. 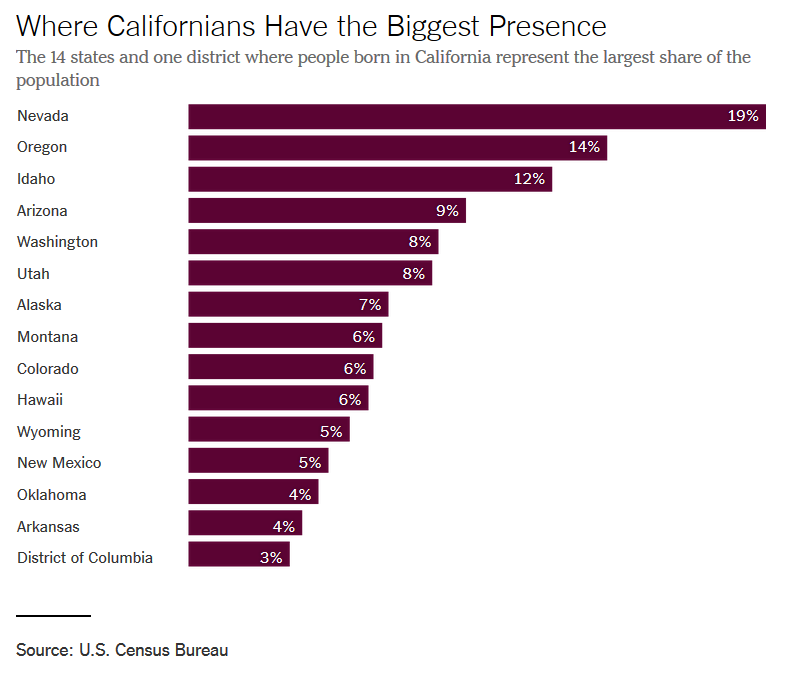 Prophecies of impending “Californication of Idaho” are nothing new either.

For example, in 1979 the Washington Post featured an article titled, “To Most Idahoans, A Plague of Locusts Is Californians”

So, how has Idaho fared with all this growth for the past several decades? Has it trended more liberal as so many have predicted?

The chart below shows political party strength in Idaho since 1990. Note, that since 2010, there is not a single Democrat in any elected position outside of the State Legislature. Also note the dramatic decrease in the number of Democrats in State Legislature since 1990.

The chart below shows voting results in Idaho for Presidential Elections. Notice the percentage of voters who voted for a Democrat candidate is lower in 2016 than in any election since 1988. 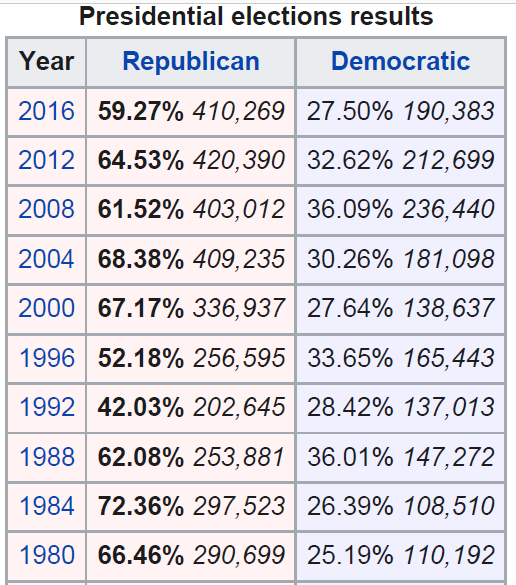 The chart below shows the actual breakdown of party enrollment for Idaho as of May 2018. 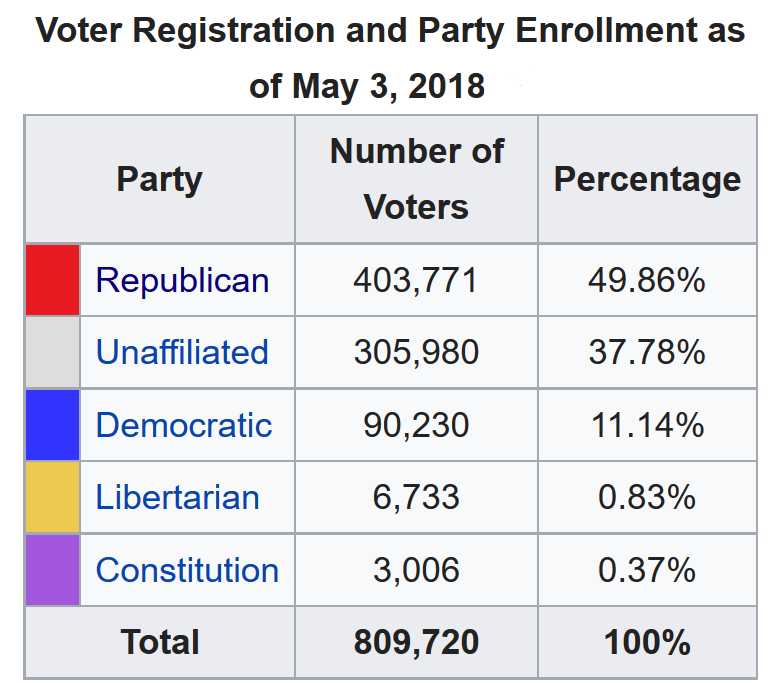 According to Gallup, Idaho has maintained a reputation as a "Highly conservative" state, DESPITE decades of population growth, many of which were “Californians” 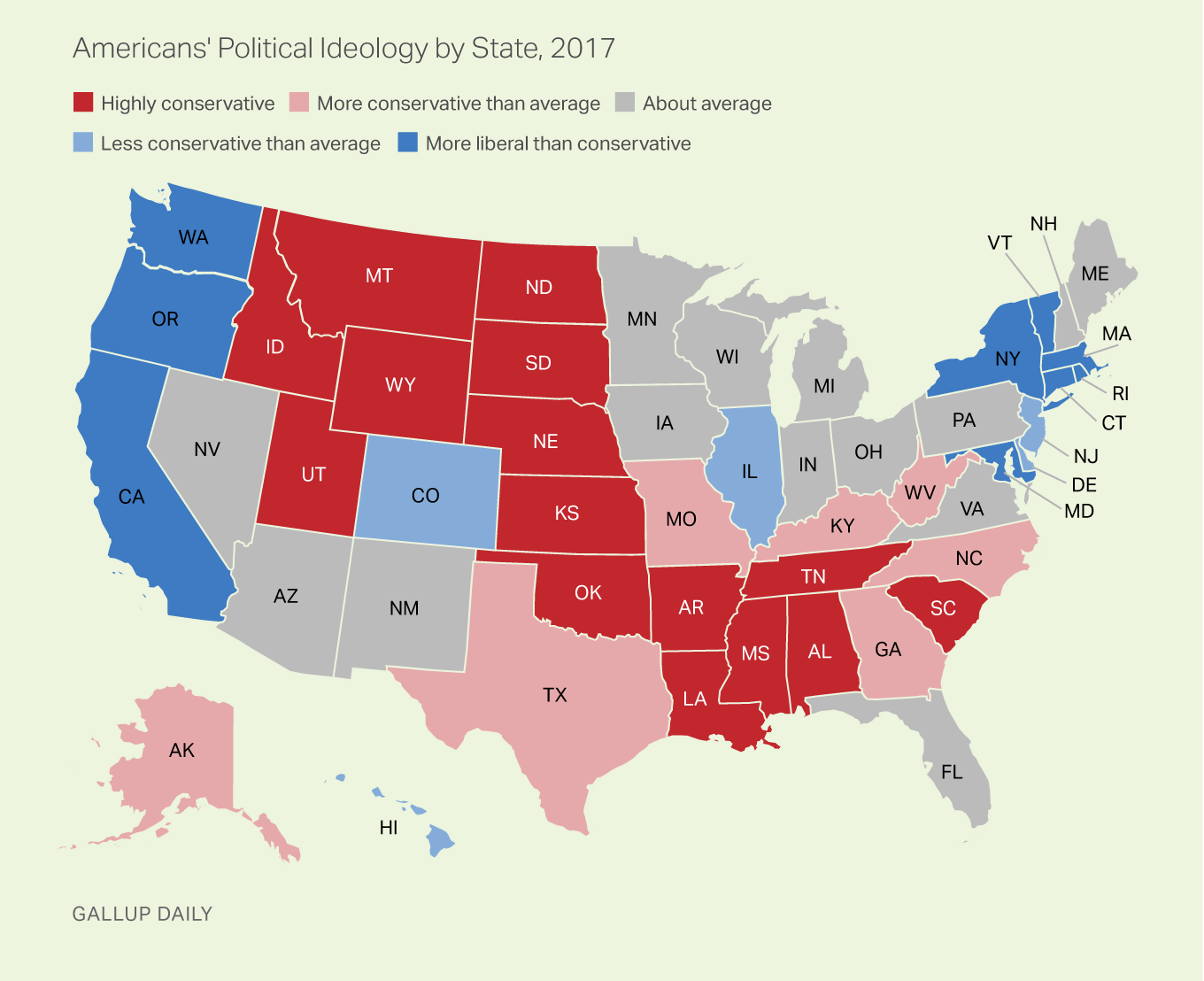 If the media attention is any indication, North Idaho is drawing attention for "Extreme" Conservativism, not Liberalism!

PBS did a documentary “America by the Numbers: Our Private Idaho” where it featured North Idaho as a homogeneous community where white conservatives were flocking to get away from urban issues.

Buzzfeed wrote an article titled “Wackadoodles, Establishment Hacks, And The Big, Ugly, Local Battle For The Heart Of The GOP” where it stated the “whiteopia” of North Idaho has become one of the most desirable places in the West for conservatives to relocate and suggests local Republicans are turning on themselves without Democrats to challenge.

High Country News wrote an article titled, "How right-wing emigrants conquered North Idaho" where it documents a wave of ultra-conservatives, mainly from California, who relocated to Coeur d'Alene and played a key role in removing all the Democrats from elected positions in North Idaho.

At the end of 2018 mid-term elections The Spokesman Review wrote, "Now the northern part of the state has all-Republican representation in the Idaho House, a historic turnaround from the days when the Panhandle's delegation was dominated by lunch-bucket Democrats backed by local unions."

Granted, one must discern carefully what the media documents. But make no mistake about it, what is being documented is NOT the legalization of marijuana and the criminalization of Second Amendment rights...like is happening in Colorado, Oregon, and Washington!

Predictions that Idaho would trend liberal with growth? Wrong so far!

Right now, in 2019, Idaho is the fastest growing state in America. Why?

This is the same recipe that has drawn Conservative people to Idaho for decades. The same recipe naysayers were predicting 40 year ago would evaporate due to growth.

Idaho, like it has been doing for decades, will continue to grow in population.

If recent history shows us anything, North Idaho has become more conservative and will most likely become…NORTH IDAHO...not "California, Colorado, Oregon, and Washington!!"